The last month in Portugal!

Here's another updated from our beloved Irma Ray! It took me awhile to post as I was in Switzerland last week, so I apologize. Enjoy!
- Ridiculouslygoodlooking

Just to let you know.....in case you were following the weather here, we are fine and we are staying in areas away from our apartments because the weather is predicted to be bad again. We are safe and happy, just frustrated because we can´t do any work.....we are being held prisoners by our members who are taking care of us.... I got to clean up a lot of mud. We actually helped clean out the Funchal theater that had become completely covered in mud. I felt a little crazy spraying a huge hose inside of a theater, but in the end it looked really good. We were pretty proud of ourselves. We also organized a food and clothing drive to help the hundreds of people who have been left homeless over the past week. It was quite the interesting experience, because we really had the chance to see the good in everyone. It is amazing to see the people all come together and to see people who don´t have anything giving to the people who have even less. It has also made me realize even more what is really important in life....like family! I am now a firm believer in food storage. I always was, but now I have other reasons!

I wish i had some cool missionary story to tell you, but since we have just been cleaning that is about it. GO figure. We did get some pretty good public relations though as everyone seemed to know us by the end of the week. We even had quite a few people in church this week. Of course half of them happened to be English, so I had the opportunity to translate all the meetings and realize just how bad my English really is now. Uh oh.

Well, we have officially transferred over to missionary work again. I am pretty glad because I feel like someone is trying to steal my days and the harder I hold on the faster they fall through my fingers. It was a little tough with the transition because the public transportation still is not working, but it was good. We actually had the opportunity to find a bunch of new people, so we are excited. Also we managed to mark Carla for baptism. Unfortunately it will not be until after I leave, but that is okay.
We had a weird week because President and Irmã Walton were here, but while they were here they received the news that their son-in-law had passed away from cancer. So Irmã Walton is once again in the states for two weeks. It just seems like they are being hit from every side. Last transfer it was Presidents Mom who passed away. That on top of all of the craziness on the Island has really been hitting home how fast things can change and how much harder they are becoming. Signs of the times right.....luckily we are able to help a lot of people still. People are a little more open, it seems that almost everyone knew someone who lost a house, a life, who knows what in the flood. Really makes you want to be a better person always.

Well, this week was quite the adventure. It started off when we were able to diagnose the problem with our apartment. My companion has a fondness for all animals that also happen to be found in the street. I have put an abrupt end to this as our apartment is now infested with FLEAS. Yes, that is right. I made it all the way to the last week of my mission without getting fleas (of which I was very proud because it is common here), but apparently, there was no way to avoid it completely. Tragic story that has led to an arsenal of bug sprays and a psychotic amount of cleaning. However, I think we are starting to see a retreat in the polginhos and I hope that we have managed to evict them soon.

Speaking of cleaning, we have once again put on the jeans and t-shirts and made it into the trenches of the floods. We spent an entire day shoveling mud out of a members house, following which we adapted the Portuguese cleaning method and just pulled the hose inside and sprayed everything down. Luckily everything is Portugal is made of tile, so that is common. You just pull up all the space rugs and put about 3 inches of water on the floor and the sweep (yes, with a broom) all the water out into the street. At this point, you start all over again. After about 3 hours of squirting and sweeping we managed to discover the original floor of the house! MIRACLES!

So, what made the cleaning even more interesting is the family we are helping. Alberto (dad) used to be a professional pianist playing in the huge resorts here on the Island. The funny thing is that he is also the ward pianist. He like to take creative license as well, therefore turning every hymn into something that you would be more likely to hear on an elevator. This confuses many of the members, leading to a very out of tune congregation and a very angry chorister. (Augustino, who vaguely resembles a cross between a dwarf and a umpa-lompa, who then starts snapping his fingers at Alberto and will randomly stop the congregation and make him start over again). Not one to let people be confused by the piano playing, his wife( Adelide) has taken it as her duty to lead everyone in singing....outdone in volume and pitch problems only by her son. The entire family is a bit ...okay, completely crazy and really just makes us laugh the whole time. We had used a mop on the upstairs of their house to dry the floor, so while we were spraying out the downstairs Alberto thought it would be a good idea to use it again. As he said " how about we use that thing that does this (as he waves his arms back and forth as if he had a mop)." I. Ebeling and I could hardly contain our laughter. We figured his house hadn´t been cleaned in about 10 years, so the flood was probably the best thing that ever happened to them. Alberto was so excited to be cleaning we just couldn´t help but laugh. Sometimes the missionary life is just to crazy to be real. I think I have walked in on some crazy movie that just doesn´t make sense. I LOVE IT.
Anyway, aside from the crazies (of which there are many more here in Funchal-character sketches in the future) we managed to find some new people, teach some old ones and help too menos activos come back to church. It was a great week and this one will be even better. LOVE YOU ALL 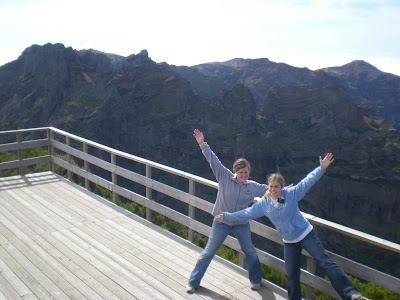 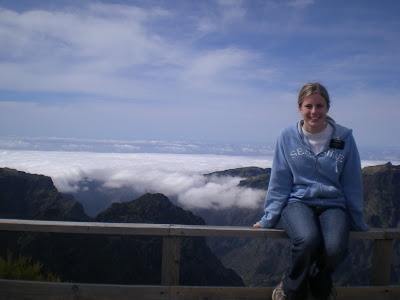 No address for Sarah will be posted as it is now too late to write anymore - I hope y'all made time to do it before!
Posted by Linze Kate at 12:30 PM

Our last day on BYU campus with all the older cousins!

This is the guy who we had to give the password to every day to get into the compoud where we would have our morning meetings before heading out to the community!

One of many concerts


we all came down to go to a show and randomly matched...

Quasimoto's lair... we broke in